Skip to content
On April 14, 2012 Colla of San Medir La Humorística held in the Gardens of Barcelona Can Altamira its centenary with the rest of Colles, collaborators and authorities.


The Colla La Humorística of Sant Medir, or better known as the colla of the “donkeys”, celebrated with friends their anniversary party. It was an anniversary celebration in all its glory, with clowns, lots of laughter and cake.

The Colla gave all its collaborators, to Colles of Sant Medir, to authorities and to others who supported them during his long life with a donkey present emulating their logo.

We hope and wish that we can continue to celebrate anniversaries and we congratulate all members of the Colla La Humorística for the outstanding job and the greatest spree that have made that people who had been able to go enjoyed your great merit. 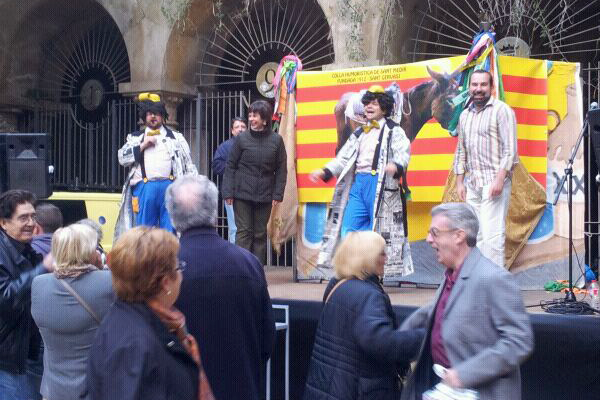