Last June, the Colla Monumental restored wooden frame of a picture of the Hermitage of San Medir, which remained forgotten in the old social club of the Colla, Street Berga.

This picture hung formerly the president of the Colla to his balcony with garlands around every three March.

It is a fairly large sized painting and it was impossible that any member of the Colla could take him, so they decided to give the work to the church of Santa Maria de Gracia, where already sleeps image of Colla. Father was excited with the idea, and since then, the painting is located behind the image.

We appreciate the work of Colles of Sant Medir do with their altruistic acts in favor of the popular cultural tradition of the Celebration of San Medir. 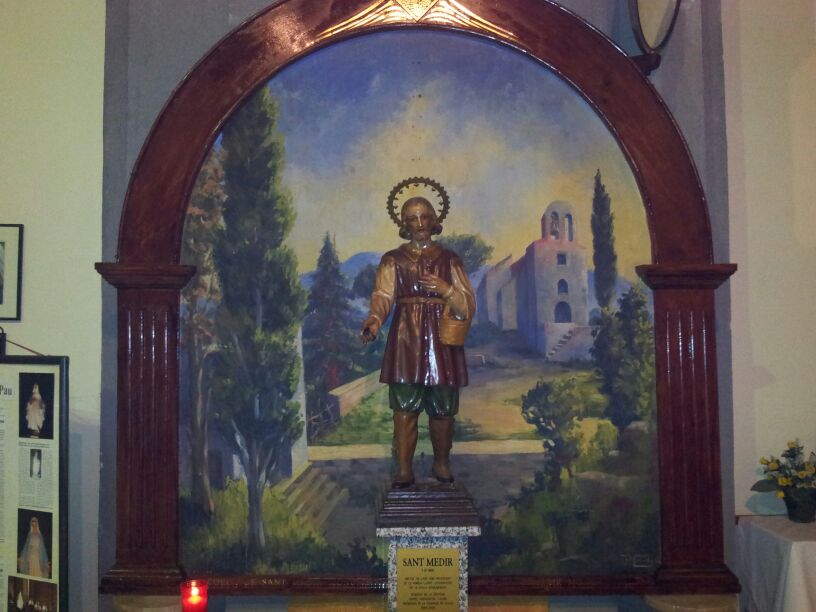