On 10 September, the event was held at Gràcia commemorate the Catalan National Day, organized by the G6, in Plaça Lesseps in front of the monument to Pompeu Fabra. Sant Medir, represented by President José Antonio Torralba, collaborated in the act of performing a song by Lluís Llach, “April 74” and a poem by Frederic Soler Pitarra “Fossar de les Moreres” which was recited by all participants of the event.

The evening ended with the reading of the manifesto from Mr. Joan Cervera i Batariu and signing “Els Segadors”, song performed by all attending to capella.

The next day, several organizations and associations from the Vila de Gràcia were focused on the Ronda de Sant Pere for traditional wreath at the monument of Rafael Casanova. 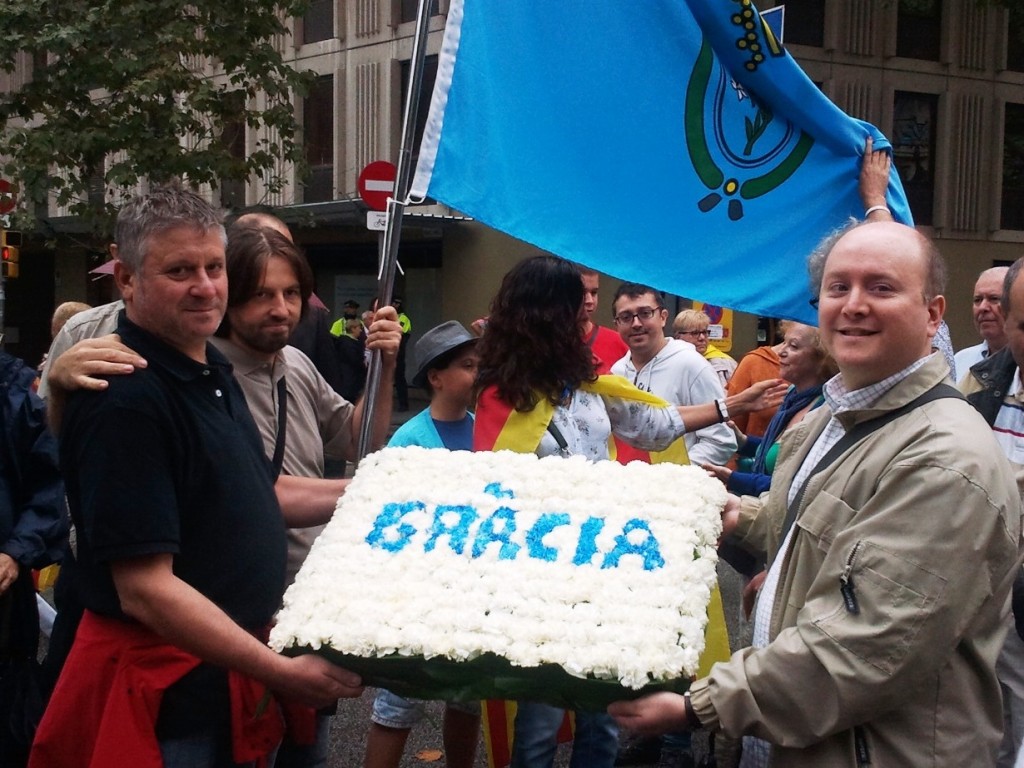 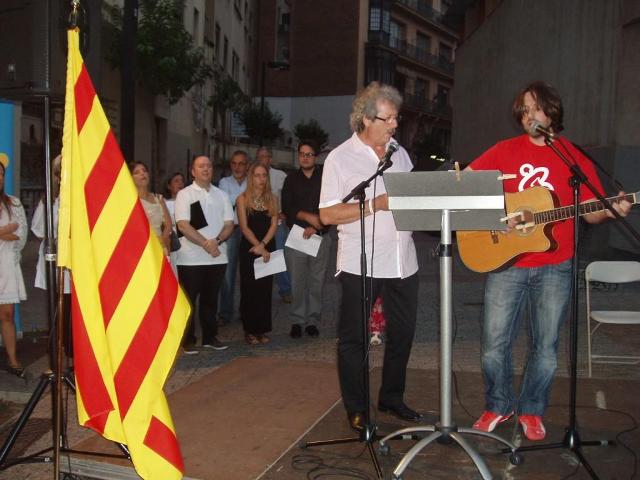